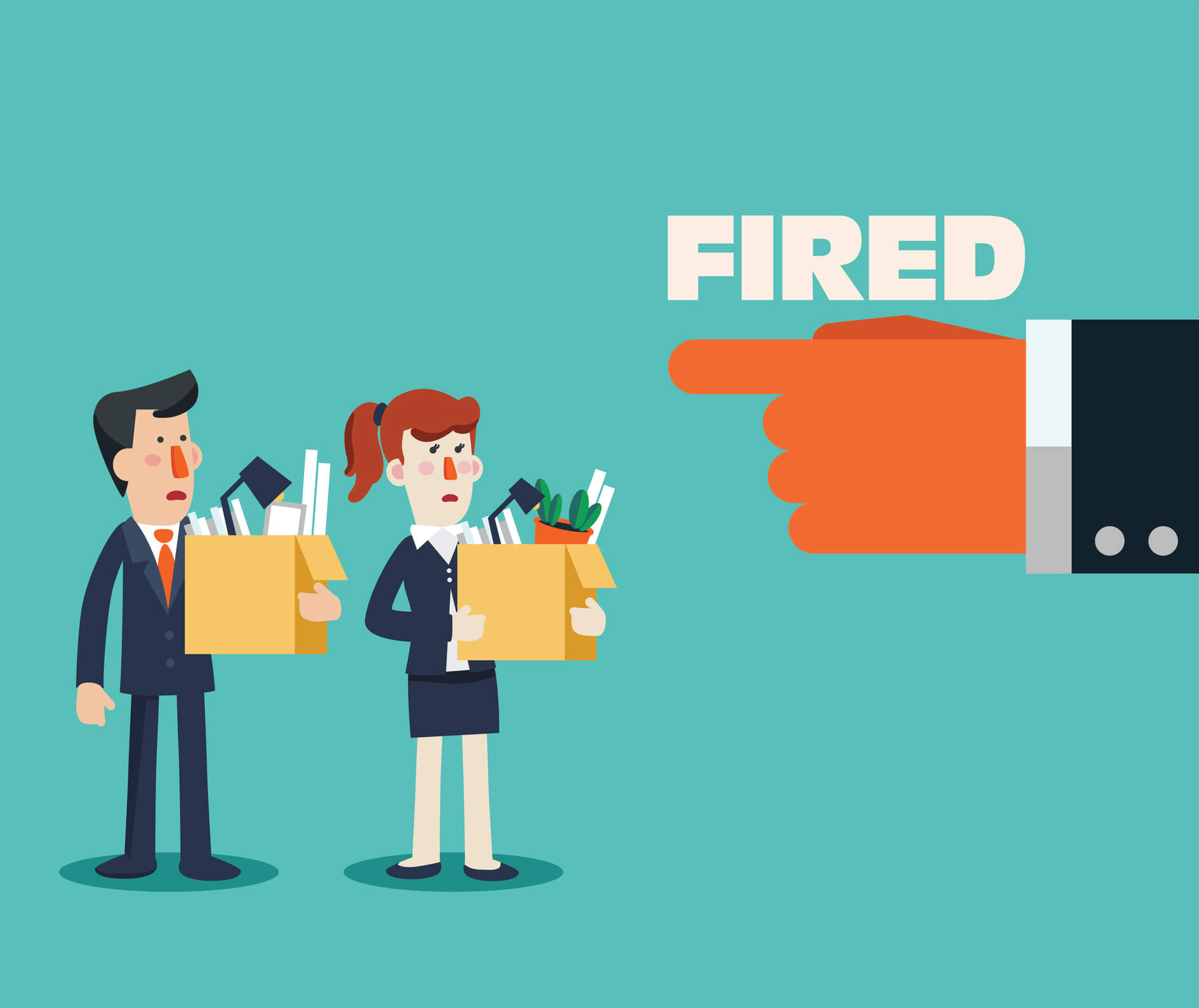 For those that watch The Apprentice on television, you’ll know the notorious phrase – You’re fired – quoted by the business magnate and media personality, Alan Sugar. However firing an individual is only ever that simple when portrayed on reality TV.

If you don’t know what I’m talking about, Alan Sugar is a billionaire entrepreneur who hosts a show called The Apprentice where he “fires” aspiring businessmen and businesswomen who fail to perform well in a series of weekly challenges. With one point of his index finger he dismisses someone from his boardroom and ends their chances of winning the competition.

In this blog I’ll give you a quick overview and explanation on dismissal.

As a dismissal is usually when an employer (or employee) terminates the contract of employment, it makes sense that whatever is contained within the contract needs to be observed and followed. Any notice periods or payments in lieu of notice (PILON) need to be given as well as any accrued holiday pay. Most employees are entitled to at least the statutory minimum notice period of one week. If you’ve worked for an employer for more than two years, then you’re entitled to a longer notice period. It’s really important that the employment contract is followed, otherwise the dismissal could be considered unfair or wrong which paves the way for a variety of claims.

Employers can’t dismiss an employee for just any reason; there has to be a valid reason. There is no standard process or procedure and each case will depend on it’s own individual facts. For example, a large corporation will have an HR department dedicated to ensuring that a fair and procedurally correct process is followed. Whereas a small business may have one individual simultaneously performing several of those roles.

However every employer is under an obligation to follow a fair process and no employer is exempt from this obligation. It’s usual for an employer to hold an initial meeting to discuss with the employee that there is risk of a potential dismissal. 48 hours notice is a reasonable time to notify an employee. The employer should also establish any relevant facts, such as performance issues and misconduct, and notify the employee of the issues. Employers should always be following a consistent and fair approach when dismissing someone and carrying out any necessary investigations. Dismissal should always be the last resort to resolving an issue and employer’s shouldn’t be so quick to use it.

How can you be dismissed?

In the legal world, a dismissal can fall into several categories:

This is the normal dismissal which people are most familiar with. It’s a simple notice given by the employer or employee to terminate the employment contract and end the employment relationship. The situations in which this could fall under include poor performance and misconduct. You should dismiss someone by going through the proper procedure of establishing the facts, ensuring you arrange proper meetings with the employee to discuss the issues, giving them a reasonable opportunity to improve their performance and keeping a record of all correspondence. As long as you follow a fair process and let them work their notice period (or give them a suitable payment in lieu of notice), there is no reason why you shouldn’t be able to dismiss someone for poor performance or for a series of minor misconducts.

The only time when an immediate dismissal is valid is in cases of serious and gross misconduct. When an employee’s action does not constitute a serious or gross misconduct then the normal rules on dismissal apply where you will have to give notice or a payment in lieu of notice. For more information read Summary Dismissal.

This is where the employee resigns as a result of the employer’s poor conduct (eg bullying or harassment). Although this is the employee resigning, it is still a dismissal for the purposes of legal terminology and legal evidence. For more information read Constructive dismissal.

Where an employer doesn’t follow the employment contract, for example by not giving the appropriate notice period, this can lead to a wrongful dismissal claim. For more information read Wrongful dismissal.

The right to not be unfairly dismissed only applies to employees who’ve had at least two years continuous service with their employer. Unfair dismissal is a claim by an employee stating that they were not dismissed fairly and in accordance with the law. This is a very common issue for employers and employees and it’s important to get the process and procedure right claims. For more information read Unfair dismissal.

This is self-explanatory, but employers should be aware that redundancy has it’s own process and procedure which needs to be followed. For more information read Redundancy.

It’s never a pleasant experience to be dismissed or be the one dismissing, but it’s sometimes a necessary part of business in order to facilitate more productivity. You might want to fire someone if they’re not doing too great in their job or if they’re really underperforming. Just don’t point your finger at them and yell, “You’re fired!”. Dismissing someone will rarely ever be as quick and simple as a point of a finger.

5 reasons why diversity is important at work
5 things employers need to know about GDPR!
“You must be paid this high to ride” – a guide on the minimum ...
How will coronavirus affect employers and businesses?