What are the legal responsibilities of a company director?

Legal responsibilities of a director of a solvent company

Acting within their powers

A company’s Articles of association lay out the directors’ powers to act. They typically include how director disputes should be resolved and how directors will be appointed.

If directors don’t abide by the rules laid out in their company’s Articles, any decisions that have been made can be reversed. As a result, the director may need to compensate the company for financial loss incurred because of their actions.

Promoting the success of the company

Directors must promote the success of the company by acting in its best interests as a whole. This means taking a broad view of the impact of their decisions and actions on stakeholders – employees, suppliers, customers, and the wider community – rather focusing on a purely financial outcome. Directors of larger companies with more than 250 employees now have to detail within their annual report how this legal responsibility has been met.

Directors need to be informed about all areas of their business, so they don’t rely exclusively on others when decisions need to be made. Also, they shouldn’t be influenced and forced into action by major shareholders, but rather take time to form their own opinion on any given situation and act accordingly.

A director’s actions will be assessed against how a reasonable person with a general level of skill and knowledge would act in that situation. Directors with specific skill and experience – a Financial Director, for example – would be held to higher account. This legal responsibility has prevented the appointment of directors simply because of their high profile or reputation, and created higher standards for board members.

Connected to the legal responsibility to avoid conflicts of interests, company directors must maintain objectivity at all times by not accepting any gifts or benefits from third parties. However, If the gift or benefit cannot reasonably be viewed as a conflict of interest it isn’t an infringement of the rule.

Declaring an interest in a proposed transaction or arrangement

Again, associated with conflicts of interest, directors must declare to the board any direct or indirect interest in a proposed transaction or arrangement so non-conflicted board members can make a decision on approving or otherwise dealing with the conflict.

As we mentioned earlier, the legal responsibilities of a company director change if it becomes insolvent. They then have a legal duty to place the interests of the company’s creditors above those of its directors and shareholders. By seeking assistance from a licensed insolvency practitioner (IP) once you know the company to be insolvent, directors are able to demonstrate their desire to adhere to this legal obligation.

Your accountant can provide tailored information on your company’s Articles of Association, and your legal responsibilities as a company director. If you’re looking for a reliable local accountant, our team at Handpicked Accountants can help.

We’ll offer recommendations for fully qualified accountants near you, based on longstanding working relationships and knowledge of their service levels. Please contact one of the team to find out more about how we can help. 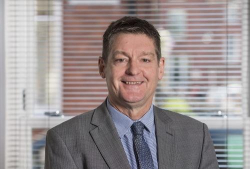 Which industries have seen the highest cyber attacks?
Meet a Small Business Owner: Dan from Bananabrains in Solihull
Legal requirements for wholesalers and retailers
How To Start A Home-Based Food Business