What the 2021 Queen’s Speech means for landlords, tenants and homeowners

The Queen’s Speech marks the State Opening of Parliament and sets out the UK Government’s priorities and plans for the coming months. This year’s Queen’s Speech, which took place on 11 May 2021, covered a range of upcoming proposed government changes and legislation.

This blog will outline the measures announced that could impact landlords, property agents, homeowners and tenants in the coming months and years.

You should keep in mind that these Bills may be subject to change as they are still going through the UK Parliamentary process or are still being planned. Keep updated by visiting the UK Government website.

What is ground rent?

Ground rent refers to rent that is payable to the freeholder. If you are a property owner, you may own the property but not the land the property is built on. The landowner can therefore charge you ground rent.

The exact amount of ground rent paid depends on the lease and can range from ‘peppercorn’ (refers to a token of zero financial value) to a large sum of money.

The Ground Rent Bill aims to cap ground rents in new residential leases at ‘peppercorn’ rates and is a huge step in the Government’s aim to overhaul the residential leasing market.

Why is the Government introducing this Bill?

Investigations have revealed that leasehold buyers have been paying ground rents that double every decade, becoming an issue for homeowners and making them feel that they would be unable to sell or mortgage their homes.

In 2020, the UK Competition and Markets Authority (CMA) launched enforcement action against four housing developers over their usage of unfair contract terms and mis-selling. Earlier this year, the CMA wrote to two of the UK’s largest housing developers to tell them to remove terms that doubled ground rent from their current and future contracts.

What will change if the Bill is implemented?

If the Bill is implemented into law, the only rent that a landowner can charge will be the rents allowed under a “Regulated Lease”. This will be a peppercorn and effectively outlaws demand for monetary rent payments in most new Regulated Leases.

A Regulated Lease is:

An Excepted Lease is a:

How will this impact me?

Tenants aren’t expected to be significantly impacted. This is usually because the property owner and leasehold landowner relationship is separate from the landlord and tenant relationship. However, if your tenancy agreement or rental agreement contains provisions asking you to pay ground rent after the implementation of the Bill, then this is something that you should Ask a lawyer about.

What is the Government changing?

The Planning Reform Bill aims to cut down on the planning systems homebuilders face and is designed to further enable people to buy their own homes.

Under the proposed Bill, local officials will be stripped of their power to assess building applications on a case-by-case basis. Instead, the government plans to introduce a zonal system.

Under the zonal system, councils will need to classify land as either:

The government is also considering scrapping Section 106 agreements. These are legal agreements between an applicant seeking planning permission and the local planning authority. They’re also known as Planning Obligations and are drafted when a development will have a significant impact on the local area.

Instead, the reforms call for a value-based flat rate charge for developers called ‘The Community Infrastructure Levy’. This levy aims to be more transparent than Section 106 by allowing local communities to have greater control over expenditure and comment on the set standards for designs through local design codes. It aims to raise more revenue than the current Section 106 applications, deliver more affordable housing and simplify negotiation processes that are under the current system. A detailed report on this levy will be available in autumn later this year.

Note that the Renters’ Reform Bill was not announced in the Queen’s Speech however, the government has outlined its plans on going ahead with it. A government White Paper is expected to be published in Autumn 2021 on this Bill.

The Renters’ Reform Bill follows government proposals to “enhance the rights of those who rent” and improve the rights of those in the private rental sector. This includes removing Section 21 notices, introducing a landlords register and creating a lifetime tenancy deposit model.

How would the Renters’ Reform Bill affect landlords?

How would the Renters’ Reform Bill affect tenants?

For more information read our guides on Managing rented property, Renting residential properties and How to evict tenants.

What about student lets?

Student tenancies are unique. Landlords rent their properties on a rotational annual basis for each academic year. Landlords need to be able to gain possession of their property in order to ‘fill the gap’ so that they are not left with vacant premises. This is a recurring issue for landlords in the student sector as it is difficult to switch from student lets to family lets because of planning use permissions.

The National Residential Landlords Association (NRLA) has proposed mandatory grounds for possession to avoid combining the private rented and student sector. The proposals from the NRLA are:

The NRLA are awaiting a White Paper from the government that will set out legislation to reform the private rented sector. It’s likely that the final Renters’ Reform Bill will be published in 2022 where we’ll understand the implications for student lets in particular a lot more.

For more information, read our guide on Student lettings. 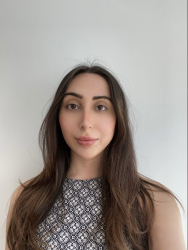 Latest posts by Hina (see all)

What the Help to Build Scheme could mean for you
Emergency right to rent measures are ending. What’s changing?
Increase in demand for green mortgages
Key changes and updates landlords should know for 2021