On 22 May, the European Court of Justice (ECJ) ruled in the case of British Gas v Lock that statutory holiday pay should include commission received on top of a basic salary. The argument followed that a worker should not be disadvantaged by taking annual leave.

Although it is up to the UK Courts to interpret the precise nature of the determining the calculation, it is likely that it will have a significant impact on many employers who use commission as a form of remuneration.

The case of British Gas v Lock related to a salesman who was paid commission on top of his basic salary. His commission was paid in arrears which was dependent on his sales success. It was argued that Lock was unable to generate any new sales or follow up potential sales while on holiday. Since this affected the amount he was paid upon returning to work, under European law he was entitled to be compensated for this.

The ECJ found that there was an inherent link between Mr Lock’s monthly commission and the responsibilities he was required to carry out under his employment contract. This deterred Mr Lock from exercising his right to take his annual leave, contrary to the Working Time Directive. The Employment Tribunal is now determining how the Working Time Regulations should be determined in the aftermath of this decision.

What does this mean for employers?

As many industries and employees adopt a commission based scheme the effect will be wide-ranging. The first possible re-action by employees will be to claim for unlawful deduction from wages in respect of holiday pay. Since the Working Time Regulations were introduced in 1998, employees with long service may have claims stretching back over a decade. However, there is argument that this should be restricted to 6 years.

Tim Thomas, head of employment at EEF, has warned that employers facing these sudden claims could force some companies to shut down.

One option for employers will be to wait for the UK Courts decision. This may risk an increase in the value of back pay claims if workers earn more commission between the date of the ECJ’s decision and the ruling of the UK courts. The second option is to deal with the issue straight away with the hope to diminish back pay claims. For many employers, this will be a complicated decision, and one not to be made without consulting a lawyer.

The ECJ’s decision will most likely have an effect on the costs of hiring employees. As companies will have to compensate long serving employees, the businesses may try to avoid additional costs in order to comply with the new ruling. This may be through reducing headcount, pay freezes or removing commission payments completely.

For some employees the sum may not be worth pursuing when faced with Tribunal fees. However, the stage is set for employers to react to the ECJ’s ruling and only time will tell how it will change the face of future employment. 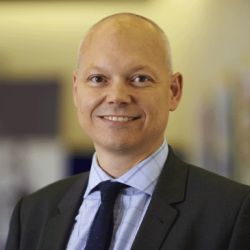 David Hacker
David attended Southampton University and qualified as a solicitor with Ormerods, Croydon in 1993. He joined Leigh Williams in 1997. Now Partner and head of the employment law team at Thackray Williams. David's areas of specialism include employment related disputes for employers & employees, drafting contracts of employment, service agreements and compromise agreements, as well as advising on TUPE and on other areas of employment law including flexible working, working time regulations and equal pay.
For more information see http://www.thackraywilliams.com/