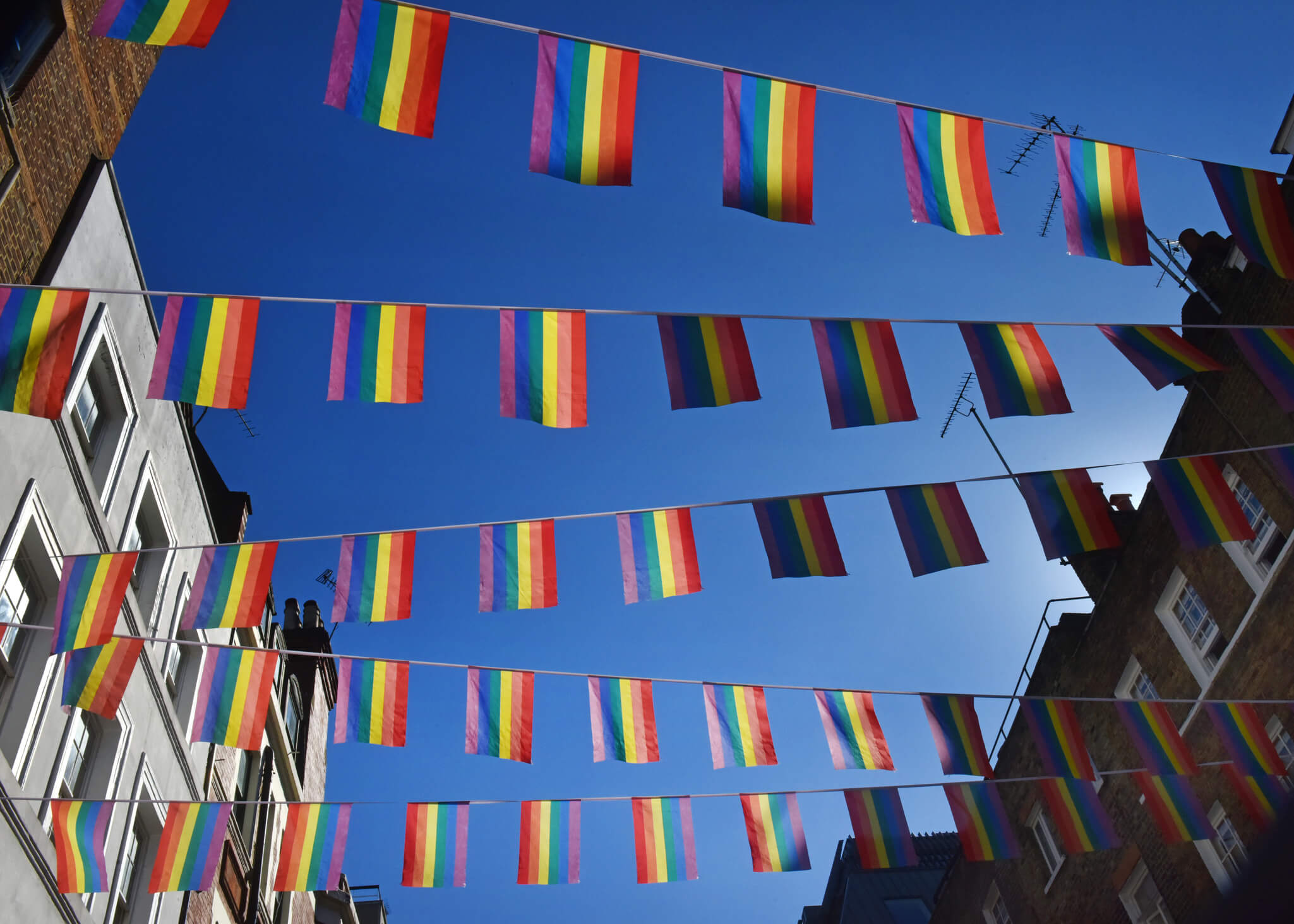 For Pride Month in 2019, Rocket Lawyer’s senior paralegal Alan Cheung wrote this article full of interesting and practical advice about how to facilitate an LGBT+ friendly work environment.

For Pride Month 2022, we wanted to re-share Alan’s insights and update his fun facts and provide new facts, to show some of the ways that the world is progressing towards gender and sexual equality three years on.

In the UK, guaranteed equality based on sexual orientation and gender identity comes from the Equality Act 2010. This Act makes it unlawful to discriminate against employees, workers, potential employees or job seekers and trainees because of their sexual orientation.

Fun fact: In 2019, the United Kingdom was one of only five countries in the world with constitutions or legislation explicitly guaranteeing equal rights on the basis of sexual orientation and gender identity – the other four being Bolivia, Ecuador, Fiji and Malta. In 2022, 82 countries have at least prohibited discrimination based on gender or sexual identity. However, in at least 95 countries, there is still no legal protection.

There are 4 main types of sexual orientation discrimination:

Managing sexual orientation in the workplace

I won’t be discussing discrimination as such in much detail here, but instead the social and HR aspect of sexual orientation in the workplace.

One issue which often comes up is whether ‘jokes’ or ‘banter’ constitute harassment or bullying. In various workplace scenarios, people say things without intending to offend or cause harm but have the effect of excluding someone or making someone feel uncomfortable. Some ‘jokes’ or ‘banter’ may even be borderline malicious. In most circumstances, people should be cautious about making jokes or comments about someone’s sexual orientation. What one person finds ‘funny’, may be upsetting to another. And in truth, if you think it is offensive, it most likely is and shouldn’t be shared.

It’s especially important for employers and managers to take complaints of this kind seriously. Employers should be mindful that an employee may find it difficult to discuss the problem.

An employer may find it helpful to have a specific policy in place setting out how it deals with complaints about discrimination or harassment/bullying and provide a safe and confidential environment where an employee can express their concerns and complaints. You can use our template to create an Anti-harassment and bullying policy.

Language is also important for the transgendered community. Employers should make a proactive effort to be inclusive if they want a diverse workforce or want to support the LGBT+ community. For example, respecting pronouns like ‘he’ or ‘she’ or ‘they’ that an individual feels comfortable with.

In a YouGov research of 3,213 LGBT+ employees, it was recorded that 35% of LGBT+ employees concealed or hid their sexual identity from their employers and colleagues for fear of discrimination.

It’s therefore important that employers understand and provide support to those who are ‘coming out’ or want to disclose their sexual identity.

‘Coming out’ is where an individual tells other people about their sexual orientation and this process is personal and different for everyone. If an employee has decided to ‘come out’, then the employer should find out whether the person wants this information to be kept confidential.

If an employee is ‘outed’ (which means their sexual orientation has been disclosed without their consent or against their will), then the employer could be in breach of their duties and breach of the Data Protection Act 2018.

The knock-on effect could be de-motivation from the affected employee as well as subjecting them to bullying and harassment. The employer should have policies and training in place to support LGBT+ employees with ‘coming out’.

Fun fact: In 2019, Taiwan became the first Asian country to allow same-sex marriage after a ruling from Taiwan’s Constitutional Court.

It’s a no-brainer that creating a workplace that accepts everyone is good. Aside from the moral justification, it makes good business sense too. If employees feel comfortable and happy at work, they are more likely to perform better and work better with colleagues, instead of having to hide or conceal who they are.

Organisations should be active in demonstrating their support for their LGBT+ employees. So why not create your Equal Opportunities Policy with Rocket Lawyer or Ask a lawyer if you have any questions.

Fun fact: Pride is now celebrated in over 174 cities in 46 different countries worldwide.

One final fun fact for 2022: the meaning of the LGBT+ flag

Did you know that each colour in the iconic rainbow flag has its own symbolic meaning? Originally the flag contained 8 colours, representing:

The version of the flag commonly seen today includes white, pink and blue to represent the transgender community, and black and brown to represent intersectionality between gender and sexuality and race for the BIPOC community.

Are employers obliged to pay a Christmas bonus?
5 reasons why diversity is important at work
Pride Month – Freedom to be yourself
Fifa World Cup 2018 – Are you tackling employee absences properly?