What is World Day for International Justice?

Every year on July 17, World Day for International Justice is observed all over the globe. The day is used to promote the work and efforts of the International Criminal Court (ICC) in administering international criminal justice. The day has been successful enough to attract international news attention and to focus on particular issues such as genocide, crimes against humanity and serious war crimes.

What is the International Criminal Court?

The International Criminal Court is an international tribunal that sits in The Hague in the Netherlands. The ICC is the first international justice mechanism of its kind in the world. The ICC has the jurisdiction to prosecute individuals for the international crimes of genocide, crimes against humanity and war crimes. All the countries that agreed to adopt the Rome Statute were accepting the jurisdiction of the ICC, with regards the prosecution of very serious crimes. The idea was not for the ICC to replace national courts. It’s only able to intervene when a country can’t or won’t carry out investigations and prosecute perpetrators.

The ICC is a reminder that those who commit gross violations of human rights or violations of international humanitarian law that amount to international crimes, such as systematic murder, torture, rape, enforced disappearance, enslavement, and destruction of property now have no safe haven and can be held fully accountable for their actions.

What is the Rome Statute?

Why is July 17 chosen as World Day for International Justice?

July 17 was chosen because it’s the anniversary of the adoption of the Rome Statute, the treaty that created the International Criminal Court.

What is the aim of International Justice Day?

The aim of this day is to unite everyone who wants to support justice as well as promote victims rights. It’s to help prevent serious crimes and those that put the peace, security and well-being of the world at risk.

Delivering international justice is important to send a strong message to perpetrators around the world that human rights violations and crimes against humanity will not be tolerated and that they will be held accountable. The last century has been the bloodiest in human history with hundreds of millions of casualties including mass rape, forced expulsion, disappearances, torture, slavery and other assaults on human dignity. We need to remind ourselves that events like these should never happen again. 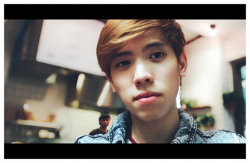