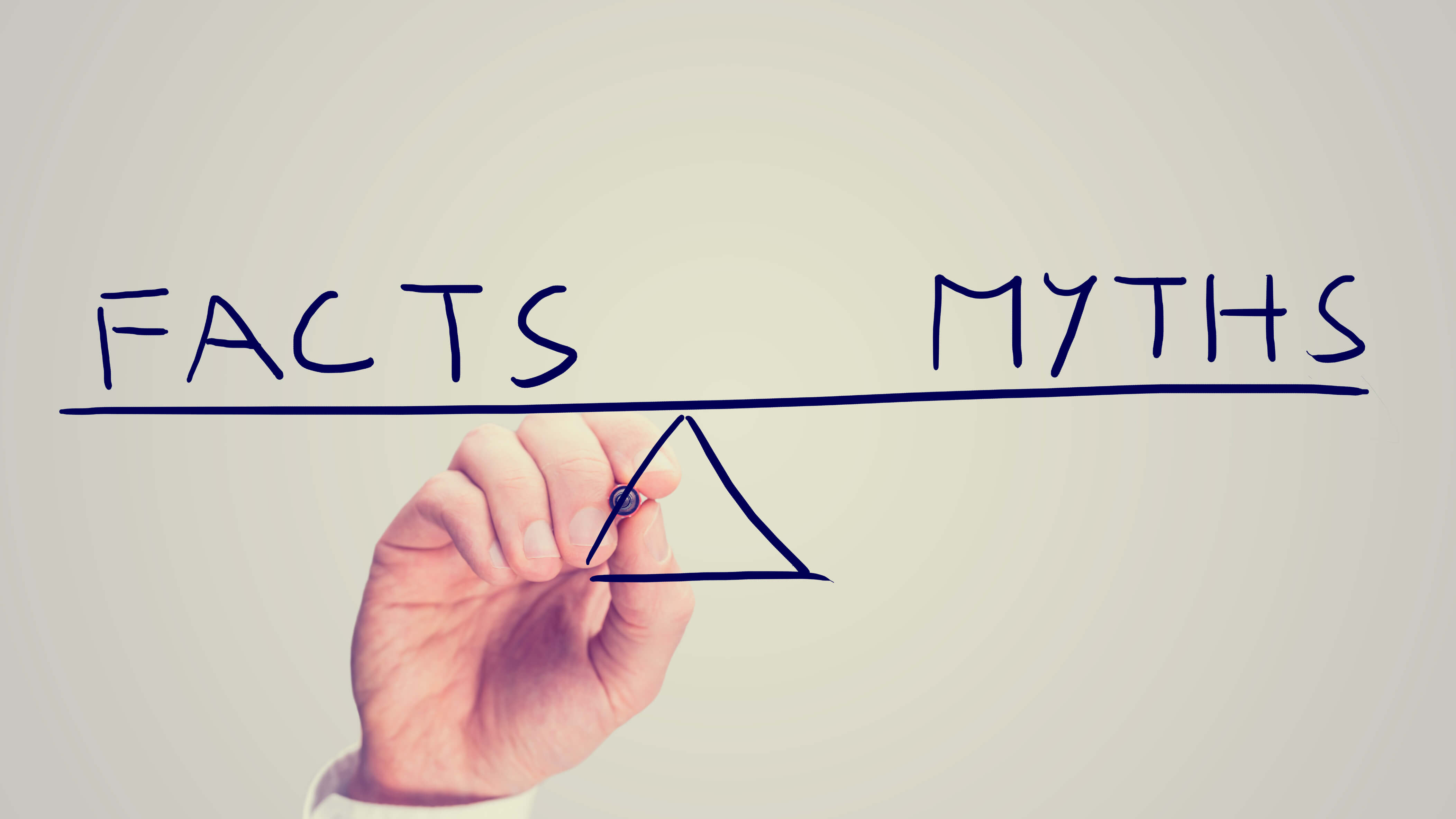 Marriage is “Till death us do part” but the reality is that marital breakup is a fact of life in the 21st century. Just as the act of getting married can often act as a trigger for a slew of unsolicited advice, which may be well-intentioned but completely inaccurate, marital breakup can be the source of many myths. Here are 3 common marriage myths debunked.

Cohabiting couples are treated the same as married couples when separating

While society as a whole may recognise long-term relationships as being comparable to marriage, in the eyes of the law, cohabiting couples are entirely different to couples who are married. Cohabiting couples may often refer to themselves as ‘common-law partners’, under UK law there is no recognition of ‘common-law marriages’. That said, the breakup of a marriage is entirely different to the breakup of a cohabiting, long-term relationship, even though the latter is often referred to as a ‘common-law marriage’. Civil partnerships are dissolved rather than subject to divorce proceedings, although the practicalities are much the same.

When unmarried couples break up, the law’s default position is that they are separate individuals with separate assets. In theory, therefore, an unmarried couple can simply go their separate ways without a backward glance. In practice, however, people who have been in long-term relationships are very likely to have joint assets, such as bank accounts and houses. If they are unable to agree on how to divide these themselves, then a court will take a decision for them.

It should, however, be noted, that even if an asset, such as a house, is held in one person’s sole name, it may still be possible for the other party to claim a beneficial interest in it, if they can demonstrate that they have contributed to it in some significant way. This is a very complex area of the law and as such is likely to be best handled by a lawyer with relevant expertise. Ask a lawyer for advice regarding your specific situation.

NB: the rights of any children who are born as the result of an unmarried union are exactly the same as the rights of children born within a marriage.

You can divorce for any reason

There is the only legal reason for divorce. This is where the marriage has irretrievably broken down and it can be demonstrated in one of five ways: adultery, unreasonable behaviour, desertion, separation for more than 2 years (with spousal consent) or separation for more than 5 years (without spousal consent). At this point in time, neither “irreconcilable differences” nor “no faults divorce” are recognised in UK law. You must have also been married (or have been in a civil partnership) for at least one year before you can get a divorce or dissolution. For further information read Grounds for divorce.

It should also be noted that the legal definition of adultery requires there to be physical sexual activity between one of the parties in a marriage and another person of the opposite sex. Neither sexual behaviour (such as flirting online) nor sexual relationships with members of the same sex is recognised as adultery in the eyes of the law.

You can get a “quickie” divorce in the US

The US legal system does recognise “irreconcilable differences” as a ground for divorce, hence getting a divorce over there can be much quicker than in the UK. Having said that, even in the US the speed of a divorce depends greatly on the level of cooperation between the divorcing parties, the complexity of the settlement and whether or not there are children involved.

Change on the horizon: no-fault divorce system is considered
How do prenups affect couples?
How to handle a divorce when adultery is involved
How are surviving spouses treated in the UK?