In the year 1787, our Founding Fathers created a four-page document known as the U.S. Constitution to establish the nation’s government, the laws, and to give citizens basic human rights. It wasn’t until 1788 that it was ratified by the required minimum of nine states. This document is said to be one of the United States’ greatest achievements since it was written over 228 years ago and is a document that we still abide by today. 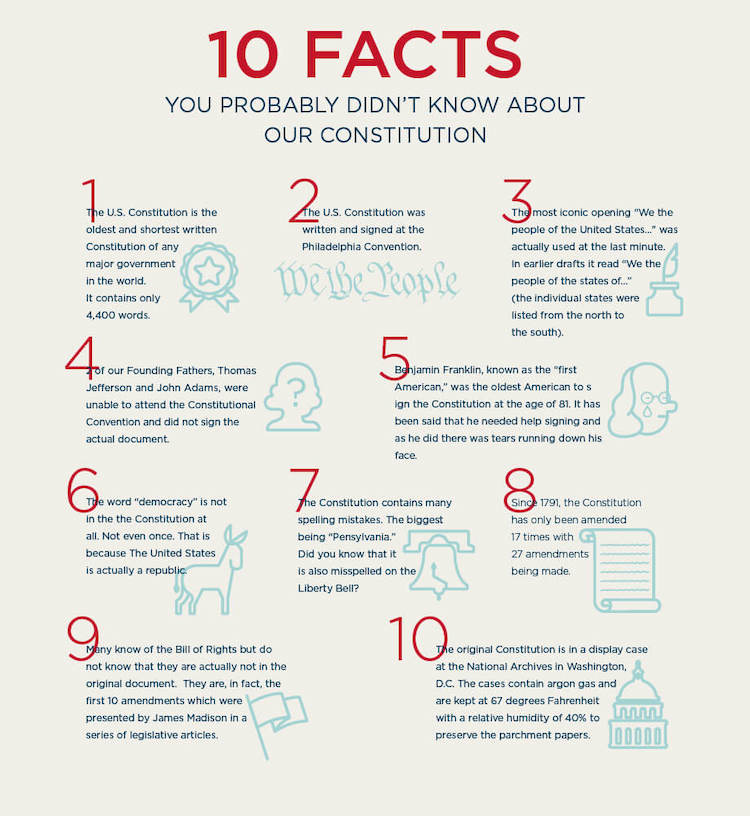 Here are 10 facts about the U.S. Constitution, that you probably didn’t know:

These are only a few of the fun facts about the U.S. Constitution. I hope you found them as interesting as I did.

How to Get a State I.D. Card from the DMV

How to File a Car Accident Report with the DMV